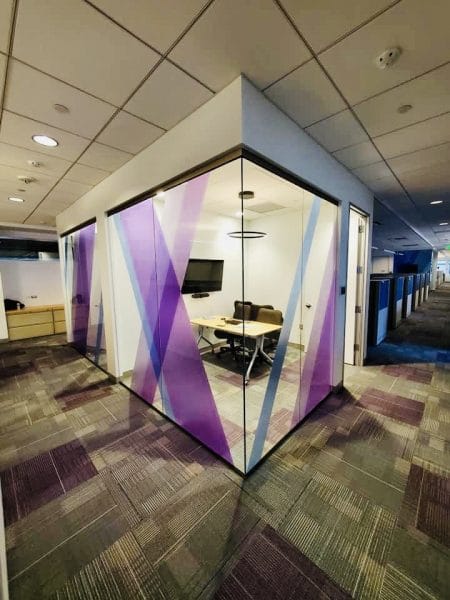 Frosted window film is a privacy glass film designed to cover your existing windows or doors to give it a frosted glass and opaque appearance. Our frosted window film comes as a thin translucent roll that self-adheres to virtually any flat surface. Once applied, the film gives your window the appearance of frosted glass, making it completely opaque, while still allowing light to pass through. Our frosted window films are perfect for adding privacy and security against break-ins. They are an affordable, modern alternative to curtains.

“Etched Look” film is a generic term for a film that diffuses transmitted light, reducing glare and creating a sandblasted appearance. Stylish, functional, and available in a variety of patterns and styles, these window films save energy, reduce heat, and filter UV rays, while providing permanent semi-private comfort. “Etched look” films also provide see-through designs that decorate without blocking the view, making them a stylish decor option that can transform an ordinary window into a custom feature that is both beautiful and functional.